9 Must Go To Music Seminars.

The conference season is well under way and you should take advantage of it. Navigating the somewhat complex landscape of the music industry can be tough, especially now more than ever where paradigms are shifting and the game is changing rapidly. As an aspiring music creative, entrepreneur or professional you should constantly seek ways to develop a better understanding of how this industry operates. These 9 events are a perfect start, not only are they opportunities to wal 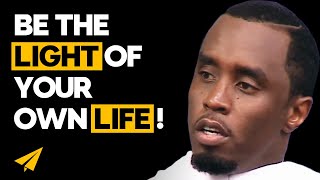 When we think about the top names in music it's difficult not to mention P Diddy. Also known as Sean Combs, P Diddy's entrepreneurial mind, creativity and passion has made him one of the most successful men in music. It is not luck or chance that has allowed him to build his multi-million dollar empire, this is a man who has demonstrated persistence, integrity, and pure resilience in his rise to the top. Even at the top of the game he isn't complacent, he continually demonstr

Music Piracy - A Continued Threat To The Global Music World.

Don't Let These Labels Do You - A Basic Guide Through a Record Deal!

6 Things You Need To Know About Clearing Samples.

What Does It Mean To Break Through Barriers?

What Do Miley's Comments Say About The Value Of Black Music ?

Do You Really Own Your Master Though ?